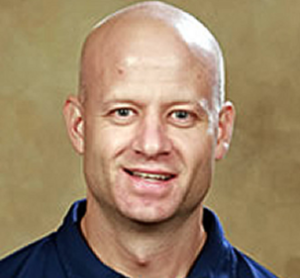 A talented hockey executive with experience in amateur hockey and the NHL, Mike Snee was named College Hockey, Inc.’s Executive Director on Aug. 28, 2012. In this role he guides College Hockey Inc.’s marketing efforts to promote Division I men’s college hockey and its work to help grow the number of institutions offering the sport.

Snee joined College Hockey Inc. from Minnesota Hockey, where he spent four years as the Executive Director. During Snee’s tenure with Minnesota Hockey he led a multi-platform strategic plan to ensure the long-term growth of the sport in Minnesota. He led the organization’s branding and communications efforts and nearly tripled corporate sponsorship revenue in just four years. He also served as a member of the USA Hockey Marketing Committee.

Prior to joining Minnesota Hockey, Snee spent nine years with Minnesota Sports & Entertainment, the parent company of the NHL’s Minnesota Wild. He served stints as Director of Corporate Sales and Director of Ticket Sales and worked closely with college hockey as the Xcel Energy Center hosted the annual WCHA Final Five and the 2002 NCAA Frozen Four.

Snee led one of the most successful sponsorship groups in the NHL and helped spearhead the creation and execution of Hockey Day in Minnesota in 2007, a state-wide celebration of the game. Previously he led the initial ticket sales efforts for the expansion Wild, which produced a season-ticket base of 16,000.

Snee, a 1991 graduate of the University of St. Thomas in St. Paul, Minn., started his sports business career as an intern with the Minnesota North Stars and also worked for the NBA’s Minnesota Timberwolves and the Minnesota Moose of the now-defunct International Hockey League.