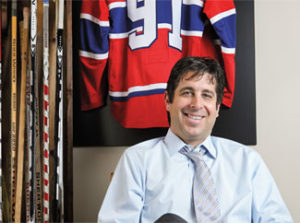 Prior to forming Pulver Sports, Ian Pulver worked as a labour attorney at the NHLPA for 15 years. During his tenure at the NHLPA, Pulver participated in the negotiation drafting and enforcement of the 1992 (Strike),1994 (Lockout) and the 2004 (Lockout) NHL Collective Bargaining Agreements. Pulver was primarily responsible for developing marketplace programs during which the Average League Salary increased from $271,000 to $1,800,000. Pulver provided expert advice to Players and Agents on individual contract negotiations. He was responsible, on an annual basis, to be aware of all Salary Arbitration filings, settlements and hearings. Over time he established legal precedents and marketplace benchmarks that are relied upon by Players of all types. On the grievance arbitration front, Pulver participated in the evaluation of the merits of every labour-related grievance or issue that was brought to the attention of the NHLPA from 1990 to 2006 and was part of a legal team that successfully argued important precedent-setting cases that benefited all Players. (Listing of decisions available upon request). He was involved in reaching various settlement agreements with NHL and appeared as an NHLPA expert witness in several hearings.

Pulver was the NHLPA’s primary contact person interacting with Players between 1991 and 2006.

Pulver has been recognized on several occasions by The Hockey News as one of the most influential people in hockey. Pulver from time to time makes appearances on sports radio shows to address major issues in the sports world.

Ian’s experience is unparalleled in the industry. He resides in Toronto with his wife and three children.