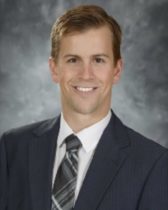 Dr Derek Lanoue is the epitome of what the hockey experience can be.
A Memorial Cup Champion with the Windsor Spitfires of the Ontario Hockey League in 2009-2010 playing with the Likes of Taylor Hall, Ryan Ellis, Adam Henrique and Zack Kassian.
Back to Back recipient of The Roger Neilson Scholastic Award for Top Academic Player in the Ontario Hockey League in 2009-2010 and 2010-2011
Awarded Academic and Athletic Scholarships to continue Hockey and School at the University of Windsor where he earned a Masters in Economics where he earned CIS Academic Award
Became a Doctor Of Medicine at the University Of Ottawa in May 2019