Your Path to A College Commitment with Sean Hogan

In this episode we get the details on how best to approach the college hockey route. Listen in to learn about the expectations and requirements on and off the ice to land a scholarship.

Back To Webinar Library 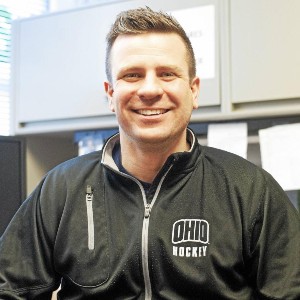 Sean Hogan is the current Director of Education for College Hockey Inc. In this role, Sean works to promote and educate young talented players on the NCAA hockey route and what it has to offer.

As a former player and coach, Sean brings a wealth of knowledge and experience to the college hockey space, providing great content and information to players and their families.

As a partner with Division I (DI) men’s hockey programs nationwide, the core mission of College Hockey Inc. is to educate 14-17-year-old hockey players on the NCAA route. As a free resource, College Hockey Inc. provides a bank of resources on what can be expected, how to prepare, and other frequently asked questions

*We encourage all of you to explore this information through one of the resources listed below.

In this episode, Sean takes us through an introductory presentation including relevant facts and statistics, benefits, and common misconceptions surrounding NCAA hockey.

Sean touches on some of the more interesting stats such as “33% of today’s NHL players have played NCAA hockey compared to 23% just 10 years ago” and “92% of players earn their college degrees”. These numbers will continue to grow as the DI hockey becomes a more popular route to the NHL.

Some of Sean’s other main talking points include:
– The relationship between college hockey and the NHL
– The benefits of college hockey
– Information on how best to pursue the college hockey route
– The do’s and don’ts to maintain eligibility

One of the key insights through Sean’s presentation is answering the question: Why does college hockey produce so many NHL players?

Sean explains that the structure of each DI program is the integral piece for 18-24-year-old players who eventually make it. Professional level practices/workouts are run Monday through Thursday with games each weekend. Due to the shortened game schedule (~34 games), each weekend is of vital importance to national rankings. This vastly increases the competitiveness and ‘playoff-like’ atmosphere experienced by the players on any given weekend.

Additionally, world class coaching is increasingly prevalent in these NCAA programs. In fact, there are growing numbers of NHL coaches who have come from the college ranks. Branching on this, some of the world’s best strength and conditioning coaches are also found running NCAA DI programs. With state-of-the-art facilities and equipment, coupled with the most current and progressive training methods, these coaches develop rigorous training regimens to ensure players are able to perform at the highest level. These are other contributing factors to the growing numbers of NHL players coming from the NCAA.

Outside of the prospect of playing in the NHL, athletes also experience the college lifestyle which contributes to personal development. The NCAA works to cultivate not only the best athletes, but mature and capable people through the combination of athletics, academics, and social experiences.

Moving on, Sean discusses the details and philosophy behind NCAA recruitment laws, as well as timelines of when a player and coach can speak, visit, and/or make commitments.

From the Canadian perspective, Sean also addresses what adjustments are needed to be on the proper development path for a college commitment. He breaks down some of the demographics, top development leagues, and strategies to ensure you are in a good position to succeed.

Enjoy this episode with Sean Hogan!

Back To Webinar Library