Ep.5 | Hockey, School, and Life in the OHL with Kyle Pereira

Coach Andy discusses everything to do with the Ontario Hockey League with Kyle Pereira, OHL Director of Player Recruitment. Learn about the OHL route and how it prepares players for a life in professional hockey. Hear the true details about the OHL draft, school packages, and opportunities after junior hockey. 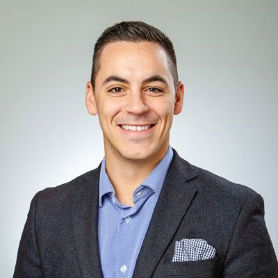 Kyle is the acting Director of Player Recruitment for the Ontario Hockey League. He is responsible for developing and implementing league recruitment strategy and activities and liaising with Minor Midget teams across Ontario and parts of the United States. He works closely with Minor Midget players and families to provide them with information and education regarding the opportunities the OHL provides. Kyle also helps further the development of the OHL Alumni Association, engage with and grow its membership, and coordinate annual events.

Kyle spent four seasons in the OHL with the Brampton Battalion and Guelph Storm, eventually moving on to the USports level playing four seasons with the St. Mary’s Huskies. He has won several academic and leadership awards throughout his career including the Roger Neilson Memorial Award (OHL), and USports All-Canadian Academic Team honors.

In this episode, Kyle takes an in-depth dive into life in the OHL. He shares some of his personal story and how things have changed, while covering the behind-the-scenes details of what the OHL has to offer.

Kyle opens by recalling his experience playing in the OHL, and how it was the springboard to his future. He played four years pursuing his ultimate dream of playing in the National Hockey League. After realizing the NHL was not in the cards, he decided to make use of his OHL School Package to further his education. He attended St. Mary’s University earning a Master’s in Business while playing four seasons for the Huskies. Both the OHL and U.S. College were options for Kyle, and he touches on his decision-making process in taking the OHL route.

Moving on to his current position with the Ontario Hockey League as Director of Recruiting, Kyle describes his role as primarily educating prospects, players, and families about the OHL. He runs through the importance of OHL School Packages and outlines the roles/responsibilities teams and players have with regard to education during and after their OHL career.

Kyle then discusses the development philosophy of the OHL using some statistics. He explains that since the inception of the NHL Draft, the OHL is responsible for 20% of all players drafted, with 26% of the NHL opening night rosters being OHL Alumni. The OHL statistically continues to produce the most NHL players of any development league. In all aspects of the game, the OHL takes a holistic approach to development including elite coaches, skills and skating coaches, strength and mental performance coaches, and community programs that help make a player well rounded.

Kyle describes what the typical day for an OHL player might look like including school, training, practices, and travel. He touches on what resources are available to the players to ensure they have every opportunity to succeed athletically, and academically.

Coach Andy and Kyle finish with a great question and answer period including discussions on the transition for young players, hazing, leadership, late bloomers and late draft picks, and more on school packages.

In closing, Kyle leaves us with a strong message to seek out information from reliable sources to ensure you make the most informed decisions possible.

Enjoy this episode with Kyle Pereira!