In this episode we learn about the value of hardwork and commitment,  and why talent is overrated. Hear the truth about expectations you should have as a hockey player, and how to battle through injuries and adversity. 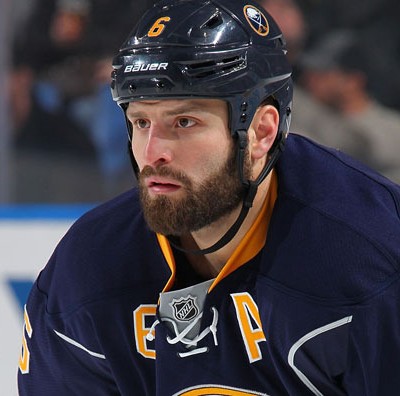 Mike Weber is an American born 10-year veteran of professional hockey. Before retiring, he spent time with the Buffalo Sabres, Minnesota Wild, and Washington Capitals of the National Hockey League, as well as Frölunda HC of the Swedish Hockey League. Following his playing career, Weber quickly moved into coaching and now holds the position of Assistant Coach for the AHL’s Rochester Americans.

In this episode, Mike demonstrates an intense passion for the game while taking us through his hard-working journey from youth hockey to junior, and from professional to coaching. He goes into detail on his time with the Windsor Spitfires (as a player), playing 8 years with the Buffalo Sabres, and finally his transition to an OHL Coach.

Starting off, Mike recalls growing up in Pittsburgh playing at the A or AA level as a youngster. He then made the jump to AAA as a 13-year-old, but not without adversity. He recounts being cut from three different AAA teams in the surrounding area, finally making the Cleveland Barons AAA club located 2.5 hours away from home. His family would make the drive there and back 4-5 times per week for games and practices.

The following season his parents could not afford strain of playing in Cleveland, and Mike was once again rejected from the AAA teams in Pittsburgh. That year while practicing with his local AA team, he caught the eye the local Junior B Team’s head coach who invited him out to practice, and it quickly turned into a roster spot.

Mike was now 14 years old playing in the Empire Jr B league competing against players who were 5 years older than him. From there he was drafted to the Windsor Spitfires of the OHL.

Coach Andy and Mike move on to speak about agents and connections in hockey. Mike explains the lack of interest he received from the big-name agents as he moved up the ranks. He points out that nobody succeeds in the game without a network of support, but agents and connections can only offer so much – possibly open doors or provide opportunities – but in the end the player has to rise to the occasion. If you underperform or don’t REALLY want it, connections and agents are meaningless. You can either play or you can’t. As a player, it’s what you make of the opportunity. Mike stresses the bottom line – connections, agents, and opportunities come to those who will compete, be a good teammate, and go the extra mile. It is often the case that those who influence you will care as much as YOU do. Agents and scouts look for a mindset encapsulating an eagerness to learn, an ability to take direction, and coachability.

On a more individual level, Mike moves on to discuss his philosophy of valuing hard work over talent. He lays out the fact that hockey, in its simplest form, is a series of 1on1 battles. And it is in those battles that the true colors of a player truly show. Those who are talented may be missing the ‘want it’ factor and when games get tough, they simply disappear. It is in those moments the ‘workers’ dig in while others give in. This is one of the most valuable qualities Mike looks for in a player; as he elegantly puts it, “You can’t scare a worker with work”.

This led Mike to the reveal the particulars on what truly impresses him in a player. Simply stated, when expectations are put forward, a player needs to meet those expectations and execute. He wants players who are hungry for more and literally ASK for responsibility to be placed on them.

In his final seasons as a player, Mike realized his interest in a coaching while holding a unique player-coach role with Minnesota’s AHL team. With his growing experience in this area, he speaks of the importance of communication both up and down the chain of command. His focus is on clear and concise communication with his players and expects the same from them. This way, everyone is on the same page with that is expected and any potential negativity can be mitigated.

Finishing the conversation, Mike touches on the importance of mental toughness, offering tools he used in the past including mantra’s like “control the controllables”, among others.

Enjoy this conversation with Mike Weber!