Ep.12 | For the Love of the Game with Kris Draper

In this episode, Coach Andy sits down with 20-year NHL veteran, Kris Draper. They discuss everything from player development, scouting, parents, and coaching through the lens of Kris’ storied carrier. 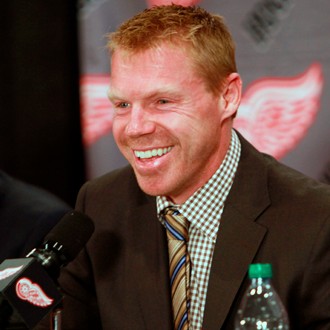 Through his experience in minor, junior, and professional hockey, as well as his role scouting in the Red Wings organization, Kris Draper offers great insights covering all aspects of the game.

Draper was one of the greatest “finds” in NHL history. He played 1000+ games and 17 seasons with the Detroit Red Wings, helping them win the Stanley Cup four times from 1997-2008 — all after being acquired from the Winnipeg Jets for exactly $1. The Jets selected Draper, a center from Toronto, in the third round (No. 62) of the 1989 NHL Draft after he played the 1988-89 season with Canada’s national junior team.

After retiring, Draper remained with the Red Wings in a number of roles, including director of amateur scouting.